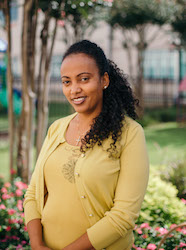 Tigist has worked as an early childhood educator for over four years in infants and toddlers programs. Previously, she was a stay-at-home mom to three wonderful children, a daughter who is 13 and two sons who are 11 and 9. When asked about her passion for teaching, Tigist shares her commitment to nurturing the social and emotional development of each child. She strives to assure that each preschooler receives the best care and love she can provide, and that they all deserve. 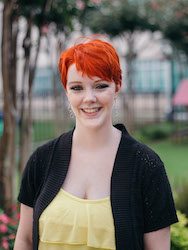 Dana has been working in the infant and walker room at First Methodist Preschool for a year, and loves to see the way that children learn and grow! Dana is a wife and mother to two children, Autumn, who is in the toddler program, and Maximus, who is in the infant room. When she is with her family, they enjoy entertaining friends and playing board games for leisure. 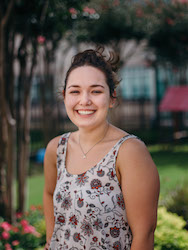 Anna has an associate’s degree in Science and is currently attending the University of Texas at Arlington where she is earning a bachelor degree in Biomedical Engineering. She is entering her fourth year with First Methodist Preschool, and Anna is thrilled to be returning to the classroom! She loves music time with our youngest preschoolers and getting super messy in outdoor play. When she is not working, Anna enjoys playing with her dog Little Mama. 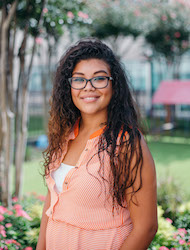 Jenissa has seven years experience as an early childhood educator, and is specialized in Montessori pedagogy. She excels in child development and education courses, and she comes to First Methodist Preschool as a dedicated teacher of our youngest preschoolers. After years of experience teaching toddlers, Jenissa is convinced that they are more than just adorable. She believes that all young children are ready to explore, learn, grow, and expand their knowledge! 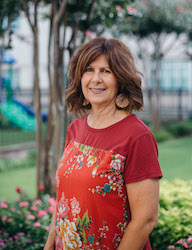 Sharon was a stay at home mom while her four kids were growing up, and then she has worked in church nurseries and after school care for the last few years. She has training in child development, particularly in attachment disorders because her two younger kids were adopted from South Korea and Russia. Sharon loves hanging with her grandchildren, growing vegetables at the community garden, reading, and going on mission trips with First Methodist Carrollton. 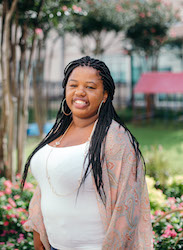 Takeisha has several years experience working with preschoolers in child care programs and as a volunteer at churches and with the Department of Family Services. She is mom to two adopted sons whom she adores! When she is not working, Keisha enjoys dancing, singing, and being a soccer and football mom. She is so excited to be working with our youngest preschoolers this year, and looks forward to caring for your baby. 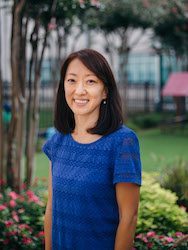 Miyoung worked as a dietary researcher for eight years after earning her Master’s degree in Nutrition from Yonsei University in South Korea. She moved to the United States in 2004, and began working with young children, who she says always make her laugh. When she is not at work, Miyoung enjoys spending time with her family. She lives in Coppell with her husband, eleven-year-old daughter Claire, and their lovely dog Cookie. 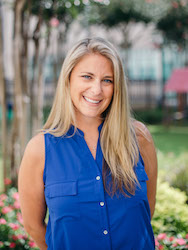 Nicole earned a Bachelor of Science in Human Development and Family Studies, and she is certified in EC-4 general education and special education. She has taught in preschools and local school districts for several years and is passionate about guiding children on their academic and spiritual journey. Nicole has been married for 12 years and is a proud mother of two boys, ages 9 and 5. She enjoys spending time with her family, cooking Italian food, and volunteering at her children's school. 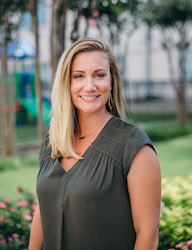 Stephanie is a mother of three boys, all of whom have attended First Methodist Preschool.  She is a graduate of Texas A&M University with a degree in Early Childhood education. Stephanie taught young children for several years before spending time as a stay-at-home mom when her children were young. When she is not working, she enjoys spending time with her family swimming, playing outdoors, and reading together. 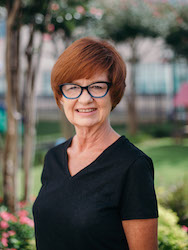 Jean has been teaching preschool for 16 years and has found her home teaching two-year-olds. For the past seven years, she has been teaching with her daughter Mackenzie. They are extremely proud of the level of cooperation, teamwork, and dedication to this job as they work together. Teaching children is truly their passion and calling. When she is not teaching, Jean loves reading, watching her favorite series on Netflix, and also keeps busy nannying for a family during the week. 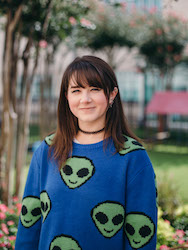 Mackenzie has been teaching two-year-olds for the past seven years with her mother, Jean. They are extremely proud of the level of cooperation, teamwork, and dedication to this job as they work together. Teaching children is truly their passion and calling. When she is not at work, Mackenzie loves to read, play video games, exercise, draw, and take care of her dog Chippy. 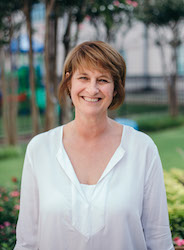 After earning a degree in Dietetics and Child Development from Louisiana State University (go Tigers), Carolyn moved to Dallas and began a family. She has worked with children for the last 30 years, working with children ages 18 months to sixth grade. She has held roles as a Preschool teacher and a Child Care Director. Carolyn loves that children bring something new to you everyday, making each day different and fun. When she’s not working, she enjoys cooking and playing with her dogs. 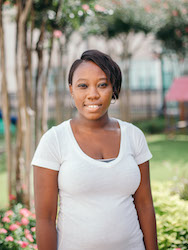 Anita has been working with young children for seven years as an early childhood educator and church volunteer. She earned an associate’s degree in child development and general studies from Collin College. Anita moved to the United States from Nigeria to attend college, and while a student, she met and married Keith. They have two daughters, Skyler and Riley. Anita's favorite children’s book authors are Max Lucado, Eric Carle, and Jan Brett. 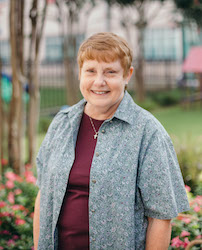 After working several years in public schools and child care programs, Connie joined First Methodist Preschool four years ago as a preschool teacher. She loves hearing children say “Read it again!” when she turns the last page of a new book! Connie is an active member of First Methodist Carrollton. She lives in Lewisville with husband Michael, Goldie, the 17-year-old family dog, and 2 adult children, Stephen and Annabeth, both in college. 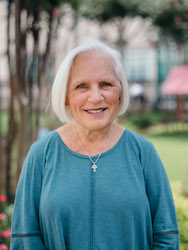 Rita is beginning her twentieth year with this preschool, and she enjoys watching the sparkle in each child's eye as they grow in knowledge, wisdom, stature, and the love of God. Prior to working here, she cared for children in her home for twenty-two years. Rita's God-given passion and legacy is intertwined with being the oldest of nine, mother of six, and grandmother of sixteen. 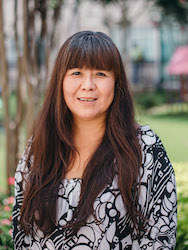 Samantha has been an early childhood educator for twelve years. She believes that self-confidence is one of the most important skills she nurtures in preschoolers. Samantha earned a Master of Science in economics and was employed in business management. She has continued her education with coursework in early childhood development. Samantha is a mother to two beautiful teenagers. 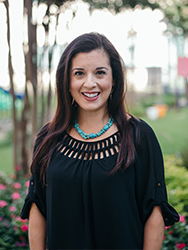 Lova has been working in child development for over 15 years. She is an 11 year veteran teacher at First Methodist Preschool. Lova has earned her Child Development Associate and loves watching children grow in Christ and academically. Lova is a mother to her daughter, Marisa and wife to her husband, Edward. She enjoys spending time with her family and her dogs. 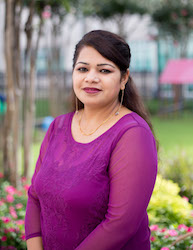 Sadia completed her medical degree in Lahore, Pakistan, before emigrating to Dallas in 2009 for a position in aesthetic medicine. When her employer relocated, Sadia chose to remain in this area with her husband and three beautiful children. Sadia began working at First Methodist Preschool in after-care programs and as a substitute teacher. Her gifts in working with children led to a teaching position, and she considers herself blessed to be a part of our teaching team. 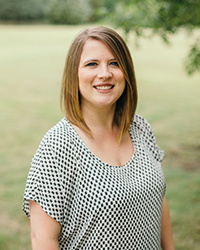 In August 2015, Whitney began with First Methodist Preschool as a teacher in the 3s program. She is honored to be the new Director and she loves creating playful learning environments that meets the developmental needs of young children. Whitney graduated in 2011 with a degree in psychology and behavioral analysis from the University of North Texas. She enjoys spending time with her wonderful husband and three beautiful daughters. 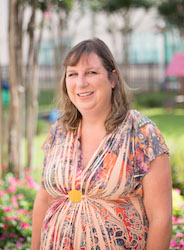 Michelle completed her bachelor's and master’s course work at Texas Woman's University in Exercise Physiology. She worked with heart and lung patients for 15 years before being diagnosed with cancer. After several years of treatment and a new look on life, Michelle decided to focus on her family and her love and passion for children. She has worked for here since 2011. Michelle is a devoted Christian. She loves spending her free time with her four children, all of whom attended First Methodist Preschool.